Back in 2012 the world heard that Bigfoot DNA had been isolated and genetically tested under controlled laboratory conditions. Those involved claimed that the testing had proven the existence of Bigfoot (aka, Sasquatch), and that the creature was a hybrid between modern homo sapiens and an unknown primate species.In a short time, the story unraveled and the research was scrutinized by experts revealing a number of flaws. But this was not the only attempt at producing genetic evidence for Bigfoot. There were earlier and subsequent tests. Is there genuine evidence for Bigfoot DNA? 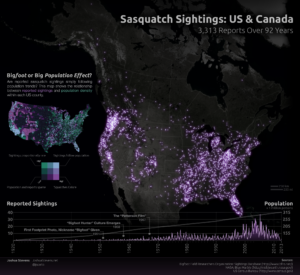